BC HOCKEY ANNOUNCES ROSTERS FOR PROGAM OF EXCELLENCE PREP CAMP 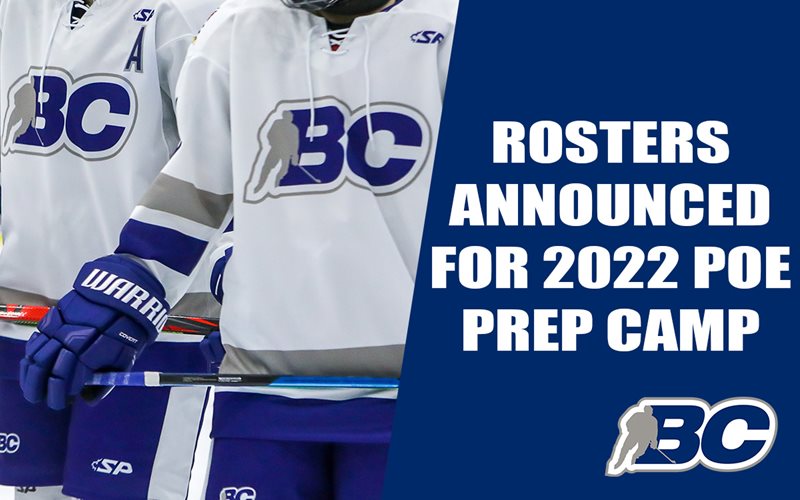 Saanichton, B.C. - BC Hockey is pleased to announce the rosters for the Program of Excellence (POE) Prep Camp being held between December 16-18, 2022, at Meadow Park Sports Centre in Whistler B.C.

Prep Camps are for players that are residents of British Columbia, and are part of the phased selection process for BC Hockey to evaluate and ultimately choose the teams that will represent B.C. at the 2023 Canada Winter Games. The final 20-person roster for both Female U18 Team BC and Male U16 Team BC will be announced after Prep Camp concludes.

Throughout each camp the teams will participate in a variety of on-and-off-ice sessions including practices, evaluation exercises and games. The games that will occur throughout the camp are:

The Canada Winter Games will be held in Summerside, Prince Edward Island. The males are scheduled for the front half of the Games with their tournament running between February 18 - 25, 2023. The female tournament follows directly after with their competition slated for February 27 - March 5, 2023.