Saanichton, B.C. - The British Columbia Elite Hockey League (BCEHL) is excited to announce the All Star Teams for the 2021-22 season in the Female U18 AAA, U18 AAA, U17 AAA and U15 AAA leagues. The All Star teams are selected based off of regular season performance.

Fraser Valley Rush goaltender Clara Juca finished the regular season with a 13-1-0-0 record along with a league-best 1.03 GAA. She is the first of three Rush players selected to the All Star team. Defender Aynsley D'Ottavio had a league-leading 55 points (11g-44a) and Vienna Rubin finished in a tie for second in league scoring with 47 points (21g-26a). 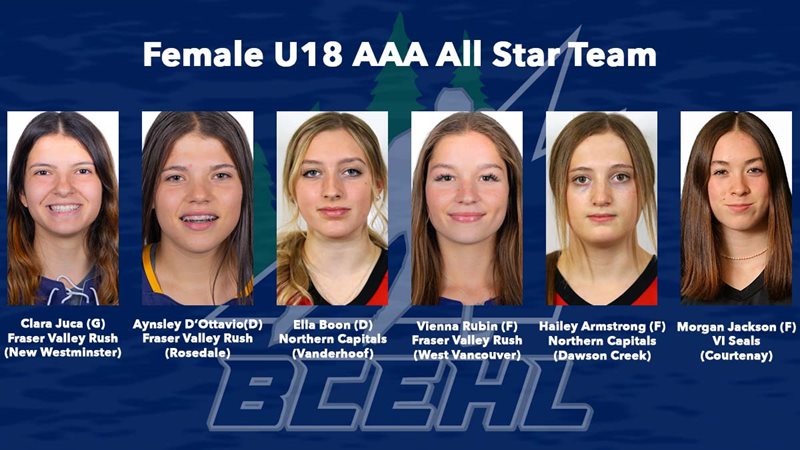 The Vancouver NE Chiefs wrapped-up the regular season with a 26-4-1-5 record which sees two Chiefs selected to the All Star Team. Goaltender Oliver Auyeung-Ashton started 21 games for the Chiefs this season, finishing with an 18-2-1-0 record. Chiefs' teammate Tristan Taylor finished second in defensive scoring, compiling 29 points (7g-22a) in 34 games.

There are two Fraser Valley Thunderbirds' teammates selected to the 2021-22 All Star Team. Isaiah Peters led the league in defensive scoring with 34 points (12g-22a), while forward Gavin Giesbrecht finished fourth in league-scoring.

Fraser Valley Thunderbirds' teammates Marco Oliviero (22g-38a) and Justin Brar (20g-40a) finished in a tie for second in league-scoring with 60 points a piece, Vancouver NE Chiefs forward Levi Green, who recorded 63 points (23g-40a) was the only player in the league to score more.

Vancouver NW Hawks defender Liam Hoff was the only player on the blueline to find himself in the top 10 in league scoring, managing 46 points (8g-38a) in 36 games. 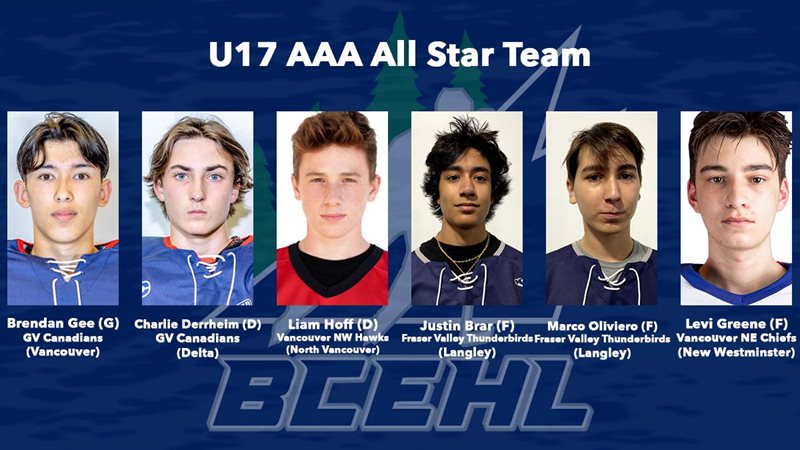 The Valley West Giants had three teammates named to the All Star Team. Goaltender Taylor David West started 14 games this season, winning 11 and recording a league-best 1.46 GAA while forwards Evan Cook (17g-49a) and Coltan White (25g-37a) both finished in the top three in league scoring.

Hawks' forward Ty Coupland finished tied at the top of the scoring charts after compiling 66 points (35g-31a) in just 21 games. His teammate, Leith Hunter, was the only defender in the top 20 of league scoring (8g-26a-34p). 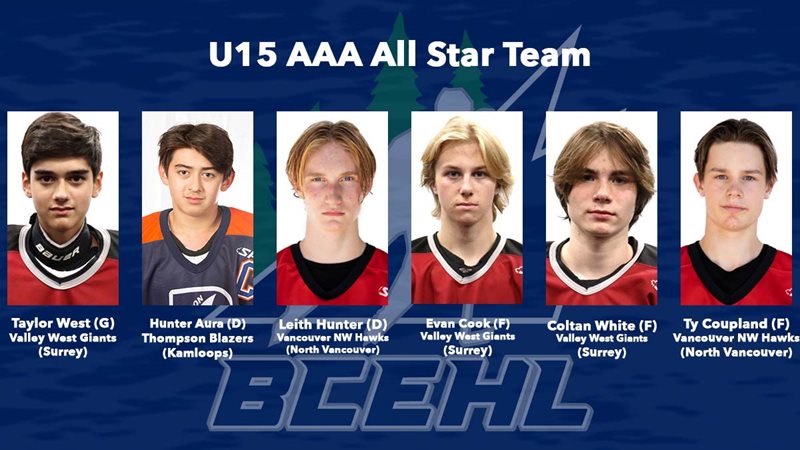